Cancer has a significant impact on the social and economic status of a number of countries around the world, especially the United States and African countries. It is estimated that more than 15 million new cancer cases are diagnosed each year globally and more than 8 million people die because of cancer around the world in a year. In this article, we will explain what is the future of immunotherapy for cancer.

Seeking cancer treatment alone puts patients under great financial burden as the disease itself is not cured overnight. Apart from surgery, cancer patients are required to undergo chemotherapy or radiation therapy sessions at regular intervals to make sure that the cancer is completely gone and to reduce the chances of cancer recurrence.

Sometimes depending upon the types and stage of cancer, a combination of radiation and chemotherapy is prescribed to the patients, which again costs them thousands of dollars. All of the treatment offered during the initial cancer treatment seems wasted in case cancer reoccurs in the future.

The Future of Immunotherapy

Different approaches on how immunotherapy can be used in the near future to provide easily accessible and cost-friendly cancer treatment to cancer patients is being studied at The Ohio State University Comprehensive Cancer Care Centre and some of the best cancer hospitals. The researchers from around the world have recognized three different ways by which immune system can play a role in destruction of cancer cells.

The following are the three possible in which immunotherapy may prove to be a beneficial cancer treatment form:

Stimulation of the immune system: This approach involves the use of tailor-made immunotherapy drug produced in the laboratory that work by marking the cancer cells for death by attaching themselves to the antigen.

One such example of this antibody-mediated therapy is the use of trastuzumab (Herceptin) in case of breast cancer. This monoclonal antibody binds itself to the antigen called human epidermal growth factor receptor-2 (HER-2) and marks it for an immune system attack. It also silences some of the normal proteins present on the surface of the cancer cells that otherwise end up compromising the immune system function in patients.

Even though this form of immunotherapy seems promising, the cost associated with the treatment is high enough to put patients and their families under great financial burden. The researchers are finding their way to reap the benefits of this therapy while reducing the cost of immunotherapy treatment for cancer in this case.

Vaccination: This cost-effective technique involves the use of synthetic proteins that can make the immune system recognize the antigens present on the surface of the cancer cells. The cancer patient is immunized with a protein, which not only helps kill cancer cells but also prevents the patient from cancer recurrence for many years into the future.

The HER-2 breast cancer vaccine is currently in Phase II clinical trial at the university. So far, the treatment results are positive, with no major toxic effects of the vaccination. If this form of treatment is approved, then the cost of cancer treatment using immunization will fall drastically.

Viral attack: The third approach currently being study involves the use of a viral army to launch an attack against the cancer cells. These oncolytic viruses can either destroy the cancer cells directly or replicate uncontrollably inside them to make them explode.

The destruction of the cancer cells inside the body of the patient triggers the immune system to finally recognize the cancer cells and hence, immune cells also come into action. Just like immunization with a protein, the viral attacks can also protect against cancer for several years.

A combination of all the aforementioned immunotherapy for cancer approaches is being studied at the university. Immunotherapy seems a promising option for cancer treatment in the near future, especially considering the fact that it can help cure cancer completely while providing protection against it for years.

But the pathway for the successful future of immunotherapy is not easy. This form of cancer treatment is not the same for every cancer patient and needs to be modified according to the type, stage, and aggressiveness of cancer. What may work in one patient may work differently in others and this is one of the biggest problems that the researchers are yet to solve.

Read  Questions to ask about your breast cancer diagnosis

The best cancer hospitals actively participate in clinical trials and research around the use in the future of cancer immunotherapy. Despite all pitfalls, what today seems unreal could mark an amazing breakthrough in the field of cancer treatment pretty soon.

Why does the human immune system remain indifferent to cancer cells?

The human system is designed to identify more than a million types of foreign cells and pathogens. The immune system quickly identifies the antigens present on such foreign bodies in the cells and produces antibodies to kill them. Otherwise, it marks the foreign cells for destruction by the helper T-cells.

The tendency to escape the barricades of the immune system thus allows cancer cells to replicate uncontrollably. The uncontrolled growth of cancer cells also increases their chance of being spread to the blood vessels and tissues of other parts of the body, which are either close or distant to the original cancer formation site.

Can we modify the human immune system to act against cancer cells?

Different teams of researchers from all over the world are already in the process of upgrading the immune system of the cancer patients to enable the body’s natural defense system to act against cancer cells. 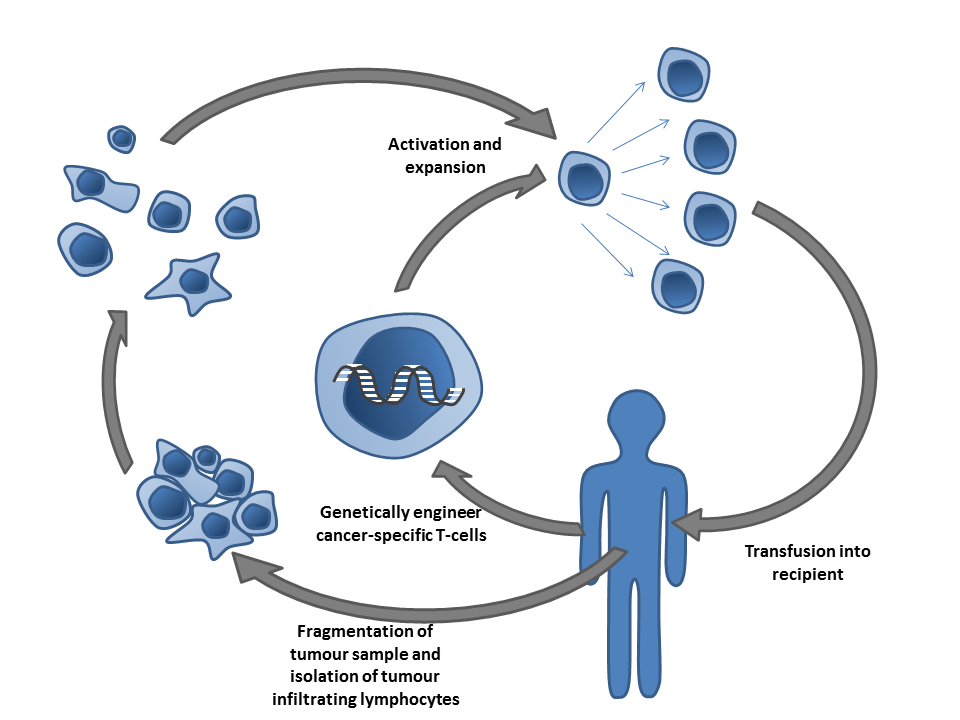