Jordon is an Arab country located on the banks of the river Jordan. The country is well-known for its natural sceneries and ancient monuments. The country boasts its healthcare services, with almost 98 percent of the children under the age of five vaccinated properly.

The country has both the type of organizations – public and private. The average life expectancy of a Jordanian male is a little above 72, and that of a female in Jordan is almost 76. The country boasts its health services, which are managed by some of the best medics available in the Arab region.

Cardiovascular events are the number one killer in the country, with thousands of people dying because of it each year. The following are some of the leading causes of death in Jordan. 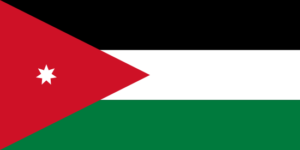 Coronary Heart Diseases (CHD): More than 4,300 people die in Jordan because of CHD, which takes place because of the build-up of plaque in the arteries that supply blood to the heart tissues. This build-up of plaque, thus, prevents the normal flow of blood to the tissues of the heart that end up lacking oxygen. The condition may result in severe heart attack and other symptoms such as sudden discomfort and chest pain.

Stroke: Stroke kills more than 2,700 people each year in Jordan. A stroke happens when some part of the brain is damaged because of inadequate blood supply. It is a kind of a medical emergency that requires immediate treatment as the patient may die in case of any delay.

The restricted blood flow could result because of the build-up of plaques or the presence of a blood blot In the artery. In the latter case, the blood clot is resolved with the help of medications to prevent any damage. Numbness, paralysis, and difficulty in speaking or understanding are some of the symptoms of a stroke. It is one of the top leading causes of death in Jordan.

Diabetes: Type 1 and Type 2 diabetes mellitus together kills more than 17,000 Jordanians each year. It is characterized by the presence of too high levels of glucose in the blood simply because either the pancreas is not producing enough amounts of insulin (Type 1) or the cells of the body are not able to respond to insulin properly (Type 2), a condition known as insulin resistance. Diabetes is associated with an increased risk of a number of diseases, including blindness, kidney disease, heart attack, nerve damage, and stroke.

Hypertension: It is a condition characterized by abnormally high flow of blood in the arterial walls. If left untreated for a period of time, it may lead to a number of conditions, including edema, stroke, and heart disease. It is estimated that hypertension kills more than 1,100 people in Jordan and the country ranks number 16 on the world list for maximum deaths due to hypertension. The treatment options include a healthy diet, a healthy lifestyle, and regular medications that help lower the pressure of blood in arteries.

Kidney Disease: Kidneys are a set of two organs located on each side of the abdomen. These bean-shaped organs help filter out waste from the blood. But certain conditions may disrupt the function of kidneys and end up reducing the ability of the kidneys to purify the blood. Diabetes and hypertension are two of the biggest risk factors that may lead to kidney disease, especially acute renal failure and chronic kidney disease. It is estimated that these disorders kill almost 1,100 people in Jordan each year. Very less number of Kidney transplant possibilities are available.

Colon-Rectum Cancer: Colorectal cancer kills almost 600 Jordanians each year. Colon and rectum are the two parts of the digestive tract, located towards the end of it. This cancer is characterized by the growth of cancerous cells in the colon and rectum both, which is usually detected during colorectal cancer screening.

The symptoms may depend on the extent of cancer, its size, and type. But changes in stool consistency, bowel habits, the appearance of blood in stool and abdominal discomfort are some of the most common symptoms. This form of cancer is treated with the help of surgery, radiation therapy and chemotherapy.

Lung cancer symptoms include chest pain, wheezing, unintentional weight loss and persistent cough (usually with blood). It is most commonly treated with the help of surgery and chemotherapy. However, immunotherapy and targeted drug therapy are some of the other treatment options.

Breast Cancer: It is estimated that more than 400 patients die of breast cancer in Jordan each year. Breast cancer primarily affects females, but rarely affects males as well. It is characterized by the development of cancer in the cells of the breast, especially the fatty tissue and those surrounding the milk ducts.

Change in the texture, shape, or color of the nipples or breast, unusual discharge from the nipples, and presence of a lump in the breast or armpits are some of the most common breast cancer symptoms. It is best treated with the help of chemotherapy, radiation therapy, and mastectomy (surgical removal of the partial or complete breast affected by cancer).

Lymphoma: The cancer of the lymphatic or the immune system is also referred to as lymphoma. The lymphatic system includes the spleen, thymus, lymph nodes, and bone marrow. It is responsible for the production of special cells that help prevent the human body against diseases and infections.

Cancer of the lymphatic system kills almost 300 people in Jordan each year. It is treated with the help of chemotherapy, radiation therapy, and medications. Sometimes, stem cell transplants may also be recommended.

Leukemia: It is a rare form of cancer that compromises the ability of the body to produce blood cells. As a result, the disease-fighting ability of the body is compromised as well. Chronic lymphocytic leukemia, acute myeloid leukemia, and acute lymphoblastic leukemia are some of the common types of leukemia. It is characterized by the presence of abnormally high numbers of white blood cells in the body.

Slow-growing leukemias are just monitored, while a more aggressive form of cancer is treated with the help of chemotherapy and radiation therapy. Sometimes, a stem cell or bone marrow transplant is recommended. These are the top causes of death in Jordan.