The average life expectancy of a man in Zimbabwe is around 59 and that of a female is 62 years. This ranks the country on number 156 in the World Life Expectancy list. The low life expectancy can be attributed to several reasons, including the life-threatening diseases and conditions that affect people from diverse age groups. 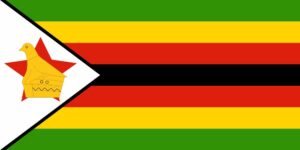 The following are the top causes of death in Zimbabwe:

HIV/AIDS: It is estimated that around 20 percent of the total deaths in Zimbabwe happen because of an HIV infection/AIDS. HIV, shot form for human immunodeficiency virus, primarily infects individuals aged between 20 and 40 years. It is spread through contact with infected blood, vaginal fluid or semen.

HIV infection results in early symptoms of HIV in men such as fatigue, fever, and sore throat. There may be no symptoms at all until the infection progresses into AIDS, which results in significant weight loss, fatigue, and recurrent infections.HIV is one of the top causes of death in zimbabwe.

Influenza and Pneumonia: It is a viral infection that accounts for almost 9 percent of the total deaths recorded in the country. The virus is typically transmitted through cough of sneezing and ends up irritating the lungs, airway, nose and throat. An influenza infection that reaches up to the lungs is likely to cause pneumonia, which must be treated immediately to prevent damage to the lungs. This is one of the leading causes of death in zimbabwe.

Prostate Cancer: Zimbabwe ranks on number two position when it comes to the number of deaths in a year caused due to prostate cancer. Men suffering from prostate cancer experience pain and difficulty in urination, but some men may experience no symptoms at all. Some forms of prostate cancer can be aggressive, while others are slow growing. Aggressive prostate cancer is treated with the help of following treatment options:

Stroke: Almost 3.73 percent of the total deaths in Zimbabwe can be directly attributed to stroke, which results due to disruption of blood supply to the brain of an individual. People who experience stroke may experience numbness and paralysis of the face, arms and legs. They also face difficulty in walking or standing straight and speaking and understanding things.

Cervical Cancer: Zimbabwe is the number one country when it comes to number of deaths caused sue to cervical cancer. More than 2,000 women die each year in Zimbabwe because of this disease. Cervical cancer is the malignant cancer of the cervix, which is the lowermost part of the uterus. This cancer typically affects women aged above 20 and may result in abnormal bleeding and low back pain.

Tuberculosis: TB accounts for almost 3 percent of total deaths in Zimbabwe in a year. It is an infection caused by a bacteria, which spreads through cough and sneeze. A person infected by the TB bacteria does not show any symptoms initially. However, weight loss, cough, night sweats and fever is experiences as the condition worsens. Treatment typically involves long term use of antibiotics and other medications.

Coronary Heart Disease: Approximately 2,800 people die because of coronary heart disease (CHD) in Zimbabwe each year. CHD results because of build-up of plaque in the arteries, which end up disrupting the flow of blood through them. The narrowed blood vessels, thus, disrupt the flow of blood to the heart and the affected person may suffer from a heart attack because of the same. Some of the treatment options for CHD include:

Hypertension: It is a common medical condition that lead to death of more than 2,000 patients each year in Zimbabwe. An individual is said to be suffering from hypertension if his or her blood pressure is consistently measured above 140/90. Hypertension itself does not have any symptoms, however, it may lead to serious complications such as stroke, angina and heart attack if left untreated for a long time.

Breast Cancer: Each year, more than 800 women die in Zimbabwe because of breast cancer. Women suffering from breast cancer may notice an abnormal discharge from their nipples or experience a lump in their breast or armpits. In addition, the texture, shape and size of the breast alters over a period of time in breast cancer patients. Mastectomy, chemotherapy, hormone therapy and radiation therapy are the common treatment options for breast cancer.

Stomach Cancer: Zimbabwe ranks on the fifteenth position when it comes to the global rank for deaths caused due to stomach cancer. A person who smokes regularly or consumes high-salt processed foods everyday is at an increased risk of stomach cancer. Patients typically experience no symptoms at an early stage. However, as stomach cancer advances, the following symptoms may appear:

Stomach cancer is treated with the help of medications, surgery, chemotherapy and radiation therapy.

Liver Disease: More than 1,500 people die in Zimbabwe each year because of a liver disease. This includes all the diseases that stops the liver from functioning properly or damages it permanently or temporarily. Non-alcoholic fatty disease, hepatitis A, B and C, alcoholic hepatitis, and liver cirrhosis are some of the common liver diseases. Liver disease is curable, depending on the extent of the damage. In most cases, the disease can be reversed by stopping alcohol consumption.

Epilepsy: Epilepsy is yet another reason that kills hundreds of people in Zimbabwe each year. It is a disorder in which the activity of the nerve cells in the brain is severely disturbed, leading to the occurrence of seizures. The disorder itself is non-curable, but its symptoms can be controlled with the help of different surgical and therapeutic techniques. Deep brain stimulation and surgery are some of the ways to control the occurrence of seizures.

Kidney Disease: This category of illness kills more than 1,200 patients in the country. A kidney disease ends up reducing the efficiency of kidney function. Kidneys are a pair of organs that purified blood and help eliminate waste and toxic products from the body. Acute renal failure and chronic kidney disease are the two most common disorders related to the kidney that may kill people if left untreated or not treated on time. kidney disease are

Lung Disease: Approximately 1,700 people in the country try because of a lung disease, which blocks the airway and makes it difficult for the patient to breathe normally. Lung diseases mostly require proper diagnosis and can last for over a lifetime in the absence of proper treatment. Cancer of the lung, emphysema, asthma, and chronic bronchitis are some of the diseases of the lungs. These diseases prevent blood from getting enough oxygen and circulating it to different parts of the body.

Lymphomas: Lymphoma kills more than 400 people in Zimbabwe each year. It is a rare form of cancer that affects the lymphatic system. Spleen, lymph nodes, bone marrow, and thymus are important components of the lymphatic system that help the human body fight infections and diseases. As a result, the disease-fighting ability of the body is compromised in the case of Hodgkin’s and non-Hodgkin’s lymphoma. Weight loss, fatigue, and enlargement of the lymph nodes are some of the common symptoms of lymphoma. So these are the top ten causes of death in zimbabwe.

Top causes of death in zimbabwe