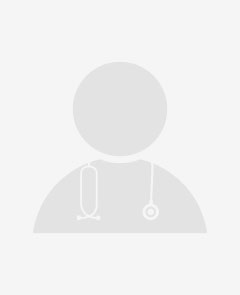 Dr. Shaiwal Khandelwal is one of the leading thoracic surgeons in the country who have remarkable expertise in performing advanced surgical procedures. He has more than a decade's experience in the field of surgery and has treated various patients from India as well as other countries.

He completed his medical education with specialization in General surgery from one of the most prominent teaching facilities - the Institute of Medical Sciences at Banaras Hindu University. Dr. Shaiwal further pursued advanced training and fellowship in techniques such as VATS and Robotic surgery from some of the top medical institutes in the world, including the Memorial Sloan Kettering Cancer Center, USA.

He has rich experience in his area of expertise and has worked at several top multi-speciality hospitals in India and abroad. He has a special focus on complex surgical technique including Video Assisted Thoracoscopic Surgery (VATS), Robotic Thoracic surgery and Lung transplantation, among many others. He also specializes in Bronchoscopy & Endobronchial Surgery, lung resection, chest wall surgery, diagnostic biopsy for malignant and other diseases, and treatment of chest injuries due to trauma.

Dr. Khandelwal is a member of various national and international medical organizations and has authored several research papers as well as clinical books (Emergency & Trauma Care). He has received many awards for his achievements and contribution to the field of medicine. Dr. Khandelwal is also an invited faculty member/speaker at various international and national conferences on Thoracic surgery and has presented several papers.

Plication of diaphragm for eventration

Dr. Khandelwal performs 23 different procedures. Click on a procedure name to see more details and to view doctors for that specialty.