A cochlear implant is an electronic device that helps improve hearing in individuals that are severely deaf or hard-of-hearing. The cochlear implant takes sounds from the environment, converts them into electrical pulses, and uses them to stimulate the auditory nerve, which can then transmit the auditory information directly to the brain. The implantation of the cochlear device requires a surgical operation in which the wire of the device is inserted into to the inner ear, internal component of the device is inserted under the skin behind the ear, and the external component is connected to the inner component. Read More about Cochlear Implant →

2
No. of Travelers
1
Days in Hospital
6
Days outside Hospital
7
Total Stay in Country
Calculate Budget 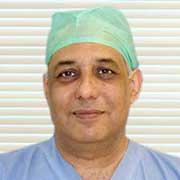 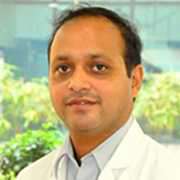 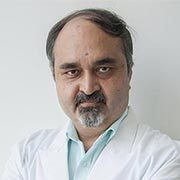 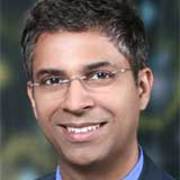 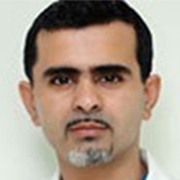 It's been a feeling of immense satisfaction after visiting BLK hospital. The ambience and the interaction by the doctors and treatment plan shared has been very satisfying. This hospital in India is giving quality care with excellence.

My son heard and spoke after 4 years of being Mute. What can be bigger gift for us as parents. Thank you Dr. K K Handa

Please continue your good standard of care. There are not enough words to speak highly of Medanta and its staff.

Will a cochlear implant restore normal hearing for people who are deaf?

While a cochlear implant allows a deaf person to hear, it does not restore “normal hearing”. The cochlear implant works by converting the sound waves into electrical impulses and transmitting them to the auditory center of the brain. The brain learns to interpret these signals like speech and other sounds.

What are the risks of cochlear implant surgery?

Cochlear implants are extremely safe; however, as with any surgery, there are some risks. The most commonly reported complications are bleeding and infection. Other possible complications and side effects include:

Will a child outgrow the internal device and require a new one?

No, a child will not outgrow a cochlear implant. The cochlea is already fully formed at birth, and the electrode array that is implanted is designed to accommodate skull growth

Can people with cochlear implants identify both environmental noises and speech?

How does a cochlear implant work?

While a hearing aid only amplifies sound, a Cochlear Implant picks up sound waves and converts them into electrical pulses that stimulate the auditory nerve. The brain interprets these signals as sounds. While hearing through a Cochlear Implant is different than hearing naturally many studies show that a child who receives the implant before the age of three has the same auditory and speech development, by the age of 10, like children born without a hearing impairment.

How long will my child be in the hospital after surgery?

Following cochlear implant surgery, most children go home the same day. On rare occasions, the child may remain in the hospital overnight for observation.