2
No. of Travelers
8
Days in Hospital
1
Days outside Hospital
9
Total Stay in Country
Calculate Budget 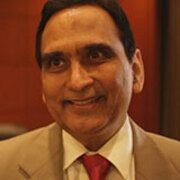 My experience of treatment at Medanta was fine. But I am not very happy with their housekeeping services as they were very slow in their response.

What is Deep Brain Stimulation?

In DBS, electrodes are placed within certain areas of the brain that controls movement and neurological symptoms of the disease. These electrodes use electrical signals to regulate abnormal impulses in the brain or affect certain cells and chemicals within the brain. A small, pace-maker like device is placed under the skin of the patient’s chest and this device sends electrical signals or impulses to block the messages that cause tremors or other symptoms.

It is not a cure, but an effective and safe method for the management of neurological symptoms of certain medical conditions.

Who may need DBS?

Deep brain stimulation therapy has approved to treat certain neurological and movement disorders, such as:

It is also a potential treatment for other conditions;

Where would the DBS stimulator be put if I already have a pacemaker?

What does the surgery involve?

The surgery to implant electrodes in the brain, the doctor fits the patient’s head in a special head frame (stereotactic head frame) to keep it still during the procedure. Then magnetic resonance imaging (MRI) is used to map the brain and locate areas to place the electrodes. The patient may be put general anesthesia and be unconscious during the surgery or local anesthesia is used to numb the scalp before the procedure. The patient is awake and alert for surgery but won't need an anesthetic in the brain itself as the brain has no pain receptors. The surgeon implants a thin wire lead with electrodes into a specific area of the brain and is connected to a pulse generator (neurostimulator) that implanted near the collarbone.

The second part of the surgery involves implanting a pacemaker device (pulse generator) containing the batteries under the skin of the chest, near the collarbone. For this, the patient is put under general anesthesia. Wires from the electrodes in the brain run under the skin and are guided down to attach to the battery-operated pulse generator.

What can I expect after the DBS surgery?

After the surgery, patients stay in the hospital for 1 or 2 days. Most patients are able to feel normal with their baseline energy level after 2 weeks of the procedure. The sutures are taken out after one week and DBS programming is usually done the same day. It is recommended to avoid any strenuous activity during the first month following the operation. The neurologist or nurse programs the pulse-generator for optimal movement control. However, it may take a few weeks to a month or two to find the optimal settings of DBS programming for a person.

How long does the battery of the generator work?

The battery in the pulse generator needs to be replaced every 4-6 years. It is a simple procedure that only takes about 20 minutes or more to perform.

Is it safe to have an MRI with DBS device?

There are DBS systems available today that are MR Conditional. This means it is safe to have MRI scans with particular DBS device only under certain conditions. In case the conditions are not fulfilled, the magnetic resonance imaging (MRI) can cause tissue heating of the implanted leads in the brain that may result in serious and permanent injury or even death. The DBS can typically be turned off during the MRI scan and turned on again after the test. It is important to inform the medical center of your device and provide all the details before considering a scan. It is also advisable to consult the neurologist who implanted the device in case there is a need for MRI.

Will household appliances affect my DBS?

Most of the appliances that are commonly used in houses will not harm the DBS. these include radios, microwaves, computers, and others. The earlier models of DBS systems were susceptible to getting accidentally turned off or on in presence of magnets nearby, such as with those on refrigerators. But the newer generation DBS does not have this problem. But it is advisable to always carry your patient programmer to check your system and ensure if it is on or off.

When can I start driving after the DBS implantation?

The decision to start driving is complex and should be determined by the experts on your case. Some patients resume driving as soon as they stop using sedating pain medications while for others, a driver’s evaluation test may be recommended to ensure that there reaction timing is fine.

Can I travel via airlines and go through the airport security checks with DBS?

After a complete recovery, you can travel through airlines. It is important to carry your medical document indicating you have an implanted device. It is preferable to avoid airport scanners but there is only a low risk of scanners turning off the device. When traveling, you should carry your patient controller device to be able to check whether the DBS is on or off.

How can I find the best DBS therapy in India?

India is known worldwide for offering highly advanced medical procedure with excellent success rate and safety. DBS surgery in India is available at several internationally reputed hospitals, including Fortis Memorial Research Institute, Indraprastha Apollo, Medanta and many others. The cost of DBS in India is 25,000-27,000 USD and may vary depending on a number of factors, such as the location of the hospital, additional health complications, surgeon’s experience, room category and many others.

Lyfboat can help you find the best DBS hospitals and best DBS surgeons in India for your treatment. Send us your medical reports at care@lyfboat.com or put up an enquiry to get the exact quotes for the best DBS surgery in India.