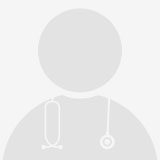 Rhinoplasty is a cosmetic procedure in which the doctor alters the shape of the nose as desired by the patient. Rhino means nose and plasty mean to shape or form. It is one of the most commonly performed procedures, according to the American Society for Aesthetic Plastic Surgery (ASAPS). A number of plastic surgeons consider rhinoplasty to be the most artistic and sophisticated cosmetic surgical procedure. This is because the surgeon has to make three-dimensional changes that instantly alter other areas of the nose.

Why is rhinoplasty needed?

People may choose to undergo rhinoplasty for different reasons, including:

What is involved in the procedure?

Rhinoplasty is done on an outpatient basis, which means it is a day procedure and the patient can leave the hospital the same day. Many surgeons use general anesthesia as there can be bleeding in the back of the throat and it may cause problems when the patient is semi-conscious. But some let the patient decide what kind of anesthesia they would prefer. There are many techniques for rhinoplasty, depending on the expected outcome.

Are any post-procedure touch-ups required?

Rhinoplasty is a complex procedure and during the operation, the nose swells up. So, there are chances that the person may require some post-surgery touch-ups. Around 15 percent of people who have rhinoplasty operations need touch-up procedures.

What happens after rhinoplasty surgery?

At the conclusion of the procedure, a long-acting numbing agent is used to ensure the patient leaves the surgery center pain-free. A splint is usually placed on the nose for one week. The nose will be noticeably swollen for several days, and shouldn’t be blown. Half of the rhinoplasty patients have some bruising. It may take up to a year or even long before all minor traces of swelling disappear, but the nose will look better by the time the splint comes oﬀ after surgery.

Can Rhinoplasty improve the function of the nose?

Rhinoplasty is commonly associated with cosmetic correction for the nose, but it can also be used to improve nasal function. The procedure can be performed to resolve breathing issues.

Breathing problems are mainly caused due to deviation in the septum or other structural imperfections within the nose. The nasal septum is the cartilage between the two nostrils structures. A deformity caused by a trauma or naturally occurring can lead to continuous discomfort. It can cause symptoms such as congestion, sinus infections, headaches, nosebleeds, and problems sleeping.

To correct the nose structures, the plastic surgeon operates on the deviated septum and clear the airways. After this, the patient is able to breathe easier and there is relief from unpleasant symptoms, allowing them to have a restful sleep.

Why choose to have Rhinoplasty in India?

The nose is one of the most projected and noticeable parts of the face. Many people aren’t satisfied with the aesthetic appearance of their nose or an injury might have affected their nose. Rhinoplasty is a very popular cosmetic procedure worldwide. The procedure requires accurate planning and consideration by the surgeon. Rhinoplasty in India is a highly preferred option by people all over the world. The availability of advanced techniques and expert plastic surgeons in India makes the country a highly sought after destination for medical travel. The plastic surgery hospitals in India are facilitated with the most sophisticated surgical equipment and provide comprehensive care to the patients. One of the most important factors behind India’s popularity in the healthcare sector is the cost of treatment.

The rhinoplasty cost in India is very reasonable compared to several other nations of the world, but with equally good services and results.

To get an instant appointment from India’s top plastic surgery hospitals and doctors, send your query to care@lyfboat.com. We are connected to several top-tier hospitals across India and provide you the most reliable and negotiated quotes.

When can I return to work after the rhinoplasty surgery?

Most patients resume work one week after rhinoplasty surgery. The doctor will remove the dressing from the nose after a week from the surgery. The patient can then start wearing make-up on the face.

What are the limitations of rhinoplasty?

The major limitation of rhinoplasty is thick nasal skin. This makes it difficult to shrink and conform or mold to the underlying principle and framework of the procedure. A surgeon will only be able to do so much with a large nose if the skin doesn’t contract.

What are the possible risks and complications associated with rhinoplasty?

The potential risks with rhinoplasty include:

What is the cost of rhinoplasty in India?

The cost of Rhinoplasty in India starts from USD 3000 and may increase depending on many factors. The overall cost of nose plastic surgery in India is remarkable less than western countries, even after including other expenses such as air tickets, food and stay in the country. A person from the USA, UK or other nations can save a significant amount of money if they choose to travel to India for their treatment.

Inquire with the top Rhinoplasty hospitals in India from the list above to get an exact price.

Is the surgery painful?

The surgery itself is not as painful as the patient is given anesthesia to make them comfortable. After the procedure patients may experience some discomfort during the initial stages of recovery and healing. The symptoms can usually be managed with pain medication. However, it is typically not needed for a long period.