Cerebral shunts/VP Shunts are commonly used to treat hydrocephalus, the swelling of the brain due to excess buildup of cerebrospinal fluid (CSF). They are used to remove excessive cerebrospinal fluid from the cranium cavity, as extra fluid increases the pressure inside cranium and thus can damage the brain tissue. The shunt help is draining the excess fluid and help in maintaining the normal pressure inside the cranium cavity. The extra fluid is drained either into chest or abdominal cavity through a drain or tube which is tunneled inside the body.

2
No. of Travelers
5
Days in Hospital
25
Days outside Hospital
30
Total Stay in Country
Calculate Budget

Mumbai, India  -  4.2 / 5  -  (6 Reviews)
Wockhardt Hospital, Mira Road is a tertiary care, super specialty healthcare facility, inaugurated in 2014 by the parent company Wockhardt Ltd., India\'s 5th largest Pharmaceutical and Healthcare company with a presence in 20 countries across the globe. 350-bedded Hospital with wide-ranging healthcare services spread across all major specialties offering exceptional clinical care to a large number of national and international patients. This hospital brings together the combination of ultra-modern technology set-up, contemporary infrastructure and internationally trained and reputed clinical experts under one roof. 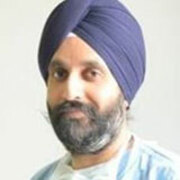 “Excellent staff, informative, friendly and organised. All very comforting and reassuring. Thank you

India is a popular destination for overseas patients seeking quality medical services at an economical price range. The cost of shunt surgery for hydrocephalus in India starts from USD 7500 at the top hospitals.

The brain shunt surgery cost in India is significantly lower in comparison to other developed nations, even after including travel and accommodation expenses. This is one of the prime reasons behind India’s fame as the best medical tourism destination.

Why choose Indian Hospitals for your brain shunt surgery?

The top hospitals in India have highly advanced and developed neurology centers for the treatment of brain and spine disorders. VP shunt operation is offered across the best neurology hospitals in Delhi, Bangalore, Mumbai, Chennai and other cities of India. In addition to hiring the most highly qualified and experienced surgeons, these hospitals use the most updated technology and medical equipment for brain shunt surgery to maximize excellent clinical outcomes.

The medical services and facilities provided by Indian hospitals with a very reasonable cost of treatment is an unparalleled combination.

What is a VP shunt?

A Ventriculoperitoneal (VP) shunt is a medical device that is used to drain excess fluid from the brain that is creating harmful pressure on the brain ventricles.

A VP shunt system is used to treat conditions like hydrocephalus in which cerebrospinal fluid (CSF) accumulates in the skull and leads to swelling in the brain. Hydrocephalus literally means - water on the brain. This condition usually impacts children and adults above the age of 60, but it can occur in young adults as well. You can read more about hydrocephalus at https://catalog.ninds.nih.gov/pubstatic/13-385/13-385.pdf

The fluid buildup in the brain can happen due to:

The fluid accumulation can cause brain damage and shunt system removes this extra fluid which in turn provides relief from the symptoms such as physical and developmental impairment, mild dementia and lack of bladder control.

What is cerebrospinal fluid?

How does it work?

The shunt is a narrow tube that diverts the flow of Cerebrospinal fluid from the brain and spine to another part of the body where it will be absorbed through a normal circulatory process. The fluid is usually diverted to the abdomen or one chamber of the heart.

A VP shunt comprises of 3 parts:

How long is the recovery after VP Shunt surgery?

The recovery time after the VP shunt surgery varies from patient to patient, depending on the cause of the surgery, the amount of fluid to be drained, and the type of shunt used. Most patients are able to leave the hospital within a week after the procedure. During hospitalization, the doctor and nurses monitor the blood pressure, heart rate of the patient and check the shunt’s function. Preventive antibiotics, IV fluids and painkillers are also administered to the patients.