Cervical cancer is cancer arising from the cervix, the lowermost part of the uterus (womb) in females. More specifically, it is the malignant tumour of the cervix. It starts when there is an abnormal growth of cells in the cervix and these cells have the ability to invade or spread to other parts of the body.

What is the cost of cervical cancer treatment in India?

The cervical cancer treatment cost in India starts from $5,000 – $7,400. It is 30 to 40 percent less than what it costs in any other country, including the US, UK, Singapore, Canada and the UAE with same quality of medical services and same standard of medical staffs. 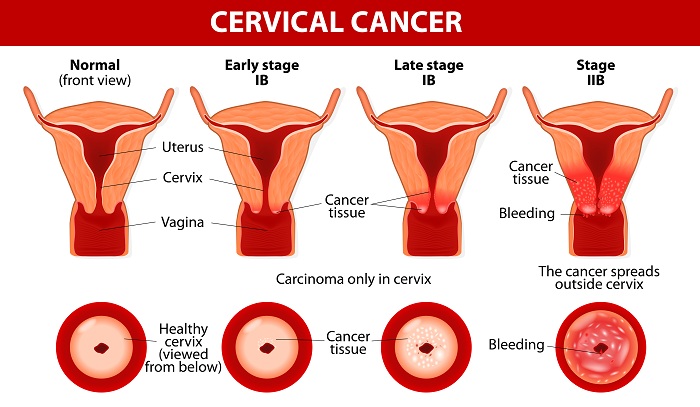 Following is the list of best cervical cancer hospitals in India:

There are many reasons that can contribute to cervical cancer. However, a majority of cases result because of human papillomavirus (HPV) infection. The following are some of the leading cervical cancer causes:

Read  How To Take Charge of Your Cervical Health

There are different types of cervical cancer. The two common types include:

India boasts its brigade of highly qualified surgeons and doctors who have international training and experience in providing treatment with the help of evolving technology, fulfilling international medical quality standards at the same time. India offers affordable cervical cancer treatment for patients around the world.

Typically, cervical cancer treatment in India involves a combination of the following procedures:

It may include various types of surgical methods, including:

This procedure is basically used for larger tumours, mostly in the cases where cancer is spread beyond the cervix and is not curable with surgery alone. Radiotherapy is often used after surgery to ensure cancer does not come back. It is also given in combination with chemotherapy.

This method involved treatment of cancer with the help of anti-cancer drugs. It aims to destroy the cancer cells while doing least damage to the normal cells. The drugs also stop the cancer cell from growing any further.

The cost of cervical cancer treatment in India depends on the type of hospital chosen, the duration of stay in the hospital, the complexities involved, doctor’s fees and the stage of cancer. Despite all these factors, the cost of cervical cancer treatment in even the best Indian hospital is much less than any other hospital around the world, with the same quality of medical services.