Prostate enlargement commonly affects men aged above 40. Also known as benign prostatic hyperplasia (BPH), prostate enlargement should not be confused with prostate cancer or its increased risk of occurrence. Prostate is a small gland located in the male reproductive system, surrounding the urethra through which urine passes. This gland produced a milky white fluid, which forms a part of the semen. This fluid plays the main role in keeping sperms alive by neutralizing the acidic nature of the vaginal tract.

What is the cost of TURP surgery in India?

The reason behind prostate enlargement is still unclear and once the gland starts to enlarge, it is hard to stop it unless medical treatment is taken. The prostate gland can enlarge in two different ways. First, the prostate cells may divide themselves around the urethra, and end up squeezing it slowly. Second, the prostate cells may grow into the urethra and the bladder outlet. This type of prostate enlargement is typically treated with the help of a surgery since it results in the blockage. 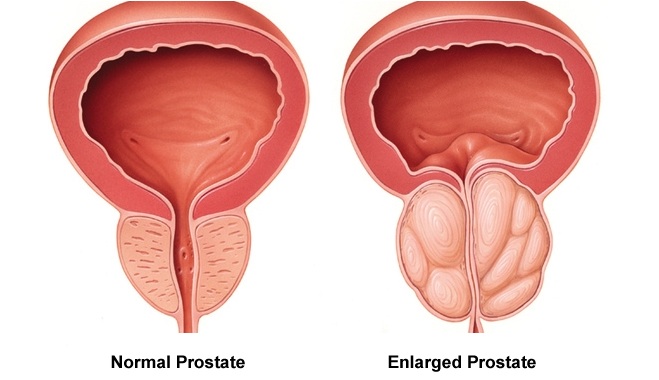 Some of the top hospitals for prostate enlargement in India include:

Another theory suggests that a substance called dihydrotestosterone (DHT) do not decrease with falling levels of testosterone in some males. The accumulating levels of DHT promote cell growth. It is also believed that prostate enlargement may be linked to ageing and testicles. It has been observed that men who have had their testicles removed at the young age do not suffer from prostate enlargement at a later age.

Some of the men may experience no symptoms at all. However, other can report one or a combination of the following symptoms:

Based on the set of symptoms, a doctor may decide to conduct a series of physical exams to confirm whether the patient is suffering from prostate enlargement or some other condition. The diagnostic tests or physical exam conducted may comprise of either one or a combination of the following tests:

The cost of prostate enlargement treatment in India is quite less as compared to other countries around the world, including Singapore, Malaysia, US, UK and the Middle East. For example, TURP may cost anywhere between $2500 and $3000 in India. However, the same procedure costs between $5000 and $6000 in US and between $6000 to $6500 in the UK.