Kidneys are bean shaped organs and are in a pair. They are located in the lower abdomen, one on either side of the vertebral column. Kidneys perform the task of filtering the toxic wastes from blood and thus helps in eliminating it in the form of urine. Kidneys when affected with cancer loses out on the potential to filter the blood and thus the life of an individual is affected. In cases where cancer is benign (stays in one place), minor surgical  procedures and other radiation treatments are used and in the cases where cancer is malignant (spreads to tissues), surgical removal of the organ along with the removal of nearby organs is used, this is also coupled with various other techniques to get the best results. Read More about Kidney Cancer Treatment → 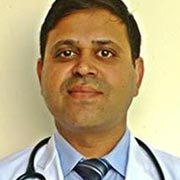 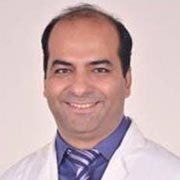 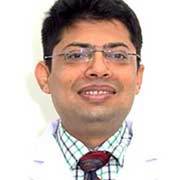 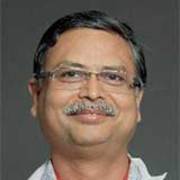 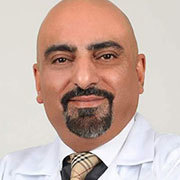 The team of doctors, nurses and support staff made my week stay there the best it could be. My circumstances for being there were not good, but everyone made me very comfortable.

What happens in kidney cancer?

Kidney cancer, also known as renal cancer, is the type of cancer that starts within the cells of the kidneys. There are different types of kidney cancers, out of which, the most common form is renal cell carcinoma (RCC). It accounts for about 90% of cases, while other types such as transitional cell carcinomas, Wilms tumors (only in children), and other rare forms of kidney cancer make up the remaining 10%.

What are the early symptoms of kidney cancer?

The signs of kidney cancer aren’t always identified as it doesn’t usually produce any particularly noticeable symptoms at an early stage. Mostly, an X-ray or ultrasound is performed to diagnose cancer in kidneys. But there are some symptoms that may help identify the problem in kidneys.

Some common early signs that may indicate kidney cancer include:

What are the options available for kidney cancer treatment in India?

Treatments for kidney cancer in India vary depending on the type of cancer, how far it has spread, and the patient’s overall health. A multidisciplinary team of cancer specialists and nephrologists work together to design a customized treatment plan on the basis of individual conditions. The kidney cancer doctors in India are highly skilled and experienced professionals who provide effective care with a combination of treatments for a patient. The most common treatment options offered by the top kidney cancer hospitals in India include:

Surgery: It is the most common option for the treatment of renal cancer by removing a part of the whole kidney of the patient (nephrectomy). This is possible because a person can survive with only one normal kidney. There are different types of surgery that are done to remove the kidney tumor, including partial and radical nephrectomy. The surgery can be performed laparoscopically, a minimally invasive technique.

Chemotherapy: In this, certain anti-cancer medicines and chemicals are used to kill the cancer cells in the kidney as well as those that have spread to other organs.

Targeted Therapy: This treatment involves using certain drugs that attack cancer cells or use other mechanisms to kill the tumor.

Biological Therapy: It is a treatment method in which the medicines used can stimulate the immune system to target and attack the cancerous cells. This treatment may also be used to prevent the spread of the tumor to other parts of the body.

What are the different kinds of nephrectomy offered by kidney hospital in India?

Kidney tumor surgeries are mainly of the following types:

In a radical nephrectomy, the surgeon removes the entire kidney along with the surrounding tissues. Sometimes, other parts such as the adrenal gland, located on top of each kidney, or lymph nodes may need to be removed as well. Debulking radical nephrectomy is a type of surgery in which the tumor and the entire kidney is removed in patients with metastatic cancer - it has already spread to distant parts of the body.

Laparoscopic or robotic nephrectomy are minimally invasive or keyhole approach for the surgery to remove the kidney. The surgeon makes smaller incisions in comparison to conventional open nephrectomy to access the kidneys. It involves the use of special instruments such as a laparoscope which is inserted through this incision.

Robotic technology such as the da Vinci Robotic system can be used to perform the kidney removal surgery. The surgeon uses robotic arms and 3 D images during the operation on the kidney with high precision.

What are the benefits of laparoscopic nephrectomy over open surgery?

Laparoscopic nephrectomy is performed with small incisions and therefore, the surgical trauma to the tissues is less. This results in less pain and discomfort post-operatively along with a quicker return to normal activities. Most patients may resume their daily activities within three to four weeks rather than 8 to 12 weeks as in case of open kidney surgery. With laparoscopy, patients can leave the hospital sooner as the overall recovery takes less time.